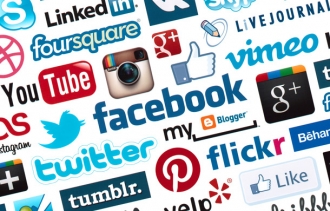 If your marketing strategy doesn’t have a serious social media component you should probably consider adding one. While most people in the U.S. still use traditional search engines such as Google to find what they’re looking for online, users — especially younger ones — are increasingly discovering websites by way of social networks.

Last year, half of all internet users ages 18 to 23, and 43 percent of users ages 24 to 32, used social networks as their go-to internet-discovery resource, according to a new report from Cambridge, Mass.-based Forrester Research. Overall, social networks like Facebook and Twitter are the preferred means of discovery for nearly a third of all Americans, up from 18 percent in 2010.

At the same time, 54 percent of American internet users still relied on traditional search results to find the information they were looking for. As expected, that number is on the decline and, according to the report, represents a seven-point drop in overall search engine popularity from 61 percent in 2010.

Although consumers are rapidly changing their habits and behavior, marketers still haven’t caught up, prioritizing SEO and paid search efforts above engagement over social media. In order to turn that around, the report asserts, search marketing teams need to learn what searchers are really looking for and focus on broader engagement instead of simply trying to drive an immediate sale.

Some other interesting highlights from the report:

•Direct marketing works. In 2012, 26 percent of users reported typically finding websites through corporate and branded emails, an 11 point jump from the previous year.

•Sponsored search results surge in popularity. Last year, 18 percent of web users said paid search results helped them find what they were looking for. That’s up from eight percent just the year before.